What are the activities at Joffre Lakes Provincial Park ?

Why choose a trail at Joffre Lakes Provincial Park?

The stunning Joffre Lakes Provincial Park is one of the most popular destinations in the Canadian Rockies. The glacier-laden peaks are visible from an easily accessible viewpoint 500 meters from the parking lot, but if you carry on towards middle and upper Joffre Lakes, the trail becomes steeper and more challenging. Evidence of the park’s glacial history can be found in the U-shaped valleys, glacial silts, and lateral moraines. This magnificent area of jagged peaks, Ice Fields, cold rushing streams, and turquoise blue lakes was established as a recreation area in 1988 and became a Class A park in 1996.

Why do this hike?

Joffre Lakes Provincial Park is a great hike for those looking to see the mountain peaks without having to do a strenuous overnight backpacking trip. This park offers some of the best views in all of Canada and it’s only an hour from Whistler, making it one of the easiest hiking destinations around. If you continue on the trail past middle and upper Joffre Lakes, you will enter a more isolated area of the park. Keep in mind that this hike is not for those who aren’t comfortable with heights as there are steep drop-offs at several points along the trails.

What are the coordinates and address of Joffre Lakes Provincial Park?

Joffre Lakes Provincial Park is located off the Sea to Sky Highway and can be reached by taking a left onto East Outlet Trail. Continue past Alexander Falls for about five kilometers until you reach Joffre Creek, where there should be ample parking on either side of the road.

The staggering turquoise lakes, the glacial history of the area, and its incredible views.

Six hours for a one-way hike (three hours up; three hours down). Allow an extra hour or two if you plan on staying at either lake.

A backpack with lunch, snacks, water, and rain gear. The trail is not well marked along the way so be sure you are prepared for a few steep sections. If continuing on past middle Joffre Lake it will get more challenging but the views are worth it in the end. Be wary of wildlife, especially mountain goats, as they are very curious creatures.

There are many options available for camping at the park. Mid-September is a good time to visit for weather purposes. The mountains are nearly always snow-covered during winter months with frequent strong winds making it dangerous without proper equipment or training.

Middle Joffre Lake Viewpoint Hike starts here. If you carry on towards middle and upper Joffre Lakes, the trail becomes steeper and more challenging. This magnificent area of jagged peaks, icefields, cold rushing streams, and turquoise blue lakes was established as a recreation area in 1988 and became a Class A park in 1996.

Upper Joffre Lake Viewpoint Hike starts here. Evidence of the park’s glacial history can be found in the U-shaped valleys, glacial silts, and lateral moraines. Lower Joffre Lake is visible from an easily accessible viewpoint 500 meters away. If you carry on towards middle and upper Joffre Lakes, the trail becomes steeper and more challenging.

The Sea to Sky Highway is a picturesque cliffside roadway offering access to the most beautiful scenery in British Columbia, Canada.

This magnificent area of jagged peaks, icefields, cold rushing streams, and turquoise blue lakes was established as a recreation area in 1988 and became a Class A park in 1996.

If you carry on towards middle and upper Joffre Lakes, the trail becomes steeper and more challenging. Evidence of the park’s glacial history can be found in the U-shaped valleys, glacial silts, and lateral moraines.

The peaks are visible from an easily accessible viewpoint 500 meters from the parking lot. Steeply rising from Lower Joffre Lake,

With a depth of 232 meters, Upper Joffre Lake is the deepest lake in the park. Middle and Lower lakes are shallow tarns nestled at the base of Mount Price. The three lakes lie within a glaciated U-shaped valley carved by glaciers flowing from Cariboo Mountain toward Squamish.

There are numerous hikes in this area including White Goat Wilderness Area, Garibaldi Provincial Park, and Joffre Lakes. The larger, more popular lakes include Mumm Basin, Cheakamus Lake, and Garibaldi Lake with the most visited area in BC being Whistler/Blackcomb.

This magnificent area of jagged peaks, icefields, cold rushing streams, and turquoise blue lakes was established as a recreation area in 1988 and became a Class A park in 1996.

If you are planning on camping in the park, there is no charge for this. Campsites are located at both Middle Joffre Lake and Upper Joffre Lake. There is also a walk-in campground along Alexander Falls Road but it must be booked ahead of time through BC Parks as there is only room for six vehicles per night.

Where to sleep ?  Our favorites

The West Coast Trail on Vancouver Island is a challenging hike that traverses the west coast of Canada from Port Renfrew to Bamfield. The 75km/47-mile long trail takes roughly six days and five nights to complete, passing through old-growth forests, along beaches with stunning views of the Pacific Ocean, and between rocky bluffs above crashing waves.

This area was first inhabited by First Nations people who used this route as an escape during conflicts with other tribes. Later it became very popular for European adventurers traveling across North America in search of new opportunities at the turn of the century before eventually becoming infested with pests like rats or rabbits which saw its popularity decline until it finally closed off completely due to World War II where soldiers used it for survival training.

It was reopened in 1984 as a hiking trail but remains very difficult to complete with some hikers opting to take an easier route of transportation along with the West Coast Trail Express.

Garibaldi Lake is a vast, glacially-fed lake that lies during an ancient mountain range with peaks over 3000 meters high. It's located to the north of Whistler and can be reached by following the Cheakamus River up past Helm Creek then onto Wedgemount Lake. This area was first used as a hiking route in 1914 when it became popular for climbers who would make their way from Vancouver up the Douglas Trail which ends at Russet Lake. The trail fell into disrepair until 1982 when Canadian Parks decided to improve upon it to allow access for hikers again. Numerous hikes are surrounding Garibaldi Lake but perhaps one of its most notable features is Diamond Head, one of three large crags that rise above the lake. This area is also home to some of North America's finest ice climbs.

Whistler has a wide variety of hiking trails available for hikers and backpackers alike with some being an easy stroll while others are quite challenging, requiring more time and endurance to complete. The Sky Chair at Whistler Mountain allows even beginner walkers to access 12 kilometers of alpine terrain from the top of Green Lake. For those looking for something more strenuous, try one or all four peaks on Wedgemount Lake, which requires scrambling over boulders but provides beautiful views from each summit along the way! You can then continue onto this trail via both Blackcomb Mountain and Mount Currie.

Whistler has a wide variety of dining options available to suit any type of cuisine including Italian, French and Asian. For those looking for something quick, try the Whistler Bungee Cafe - they offer burgers, fries, and other snacks while overlooking the river in the village. If you're looking for fine dining with an incredible view at night time, book yourself into Araxi Restaurant & Bar which is located on top of Blackcomb Mountain. The food here is quite expensive but worth it after making your way up there by gondola. You can also check out Spicy Wok if you want some delicious noodles or sushi before heading off to explore this beautiful mountain town. Or just pop into Wild Play Element Parks for a quick bite while you're there!

What are the opening hours ? 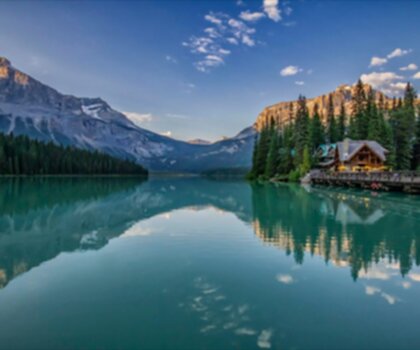 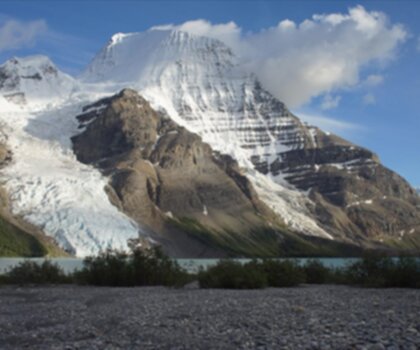 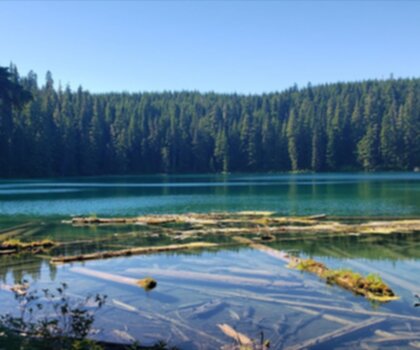 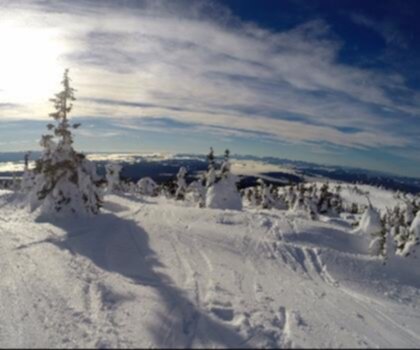 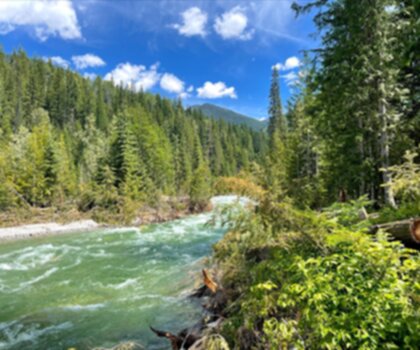 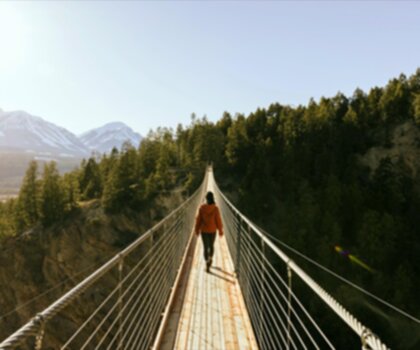 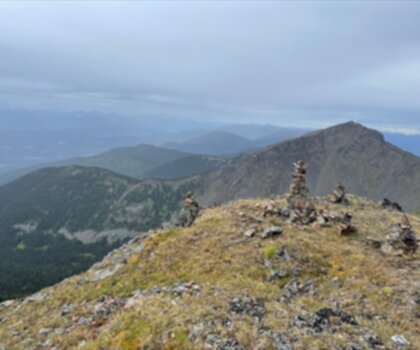