It's the longest hut-to-hut hiking experience in Canada and traverses a number of different landscapes.

The Sunshine Coast Trail goes from shorelines to lakes to mountain tops and forests.

The Sunshine Coast Trail is a 180-kilometre back country hiking experience that stretches from Sarah Point in Desolation Sound to Saltery Bay.

In 1992 a small group of people founded the Powell River Parks and Wilderness Society (PAWS) and started building hiking trails that linked the remaining stands of old growth forests in the region's front country.

The Sunshine Coast Trail traverses a wide variety of landscapes, from coastal shorelines, along creeks and lakes, through old growth forests to panoramic mountaintops.

Attracting hikers from around the world, this epic hiking trail now boasts 14 huts with one more planned next year, making it Canada's Longest Hut-To-Hut Hiking Trail - and the only free one.

"The Sunshine Coast Trail is Canada's longest hut-to-hut hiking trail-and the only free one.

Some intrepid hikers have even tackled the entire trail for a two-week epic trek that wanders along beaches, into the alpine, past cerulean lakes and through the town of Powell River for a mid-hike pub night.

The Sunshine Coast Trail is a 180 kilometre hut to hut hiking and backpacking trail that runs from Sarah Point overlooking Desolation Sound to Saltery Bay where the ferries come in from Earl's Cove.

As the brainchild of Eagle Walz, the trail was built, starting in 1992, to link sections of old growth forest before they disappeared.

Eagle continues to play a major role in expanding and upgrading the trail though countless volunteers are also to be thanked for what we see today.

I have just spent a week backpacking two of the prettiest sections of the trail as recommended by Eagle.

I figured the information I learned on this trail would be useful to anyone heading out, whether it be for a day or a week or more.

Getting to the Sunshine Coast (Powell River or Saltery Bay)

Powell River is the only major town you'll visit on the Sunshine Coast Trail.

I would allow six hours of travel time from Vancouver to Powell River.

From Comox on Vancouver Island you can also take a ferry to Powell River.

It stops in various places in Vancouver and along the Sunshine Coast.

Getting to the start of the Sunshine Coast Trail

Sarah Point is the official start of the Sunshine Coast Trail but that doesn't mean you have to start .

We did two sections of the trail and got onto the trail via a water taxi to Sarah Point and a shuttle up the Branch 41 Road to access the trail to Mt Troubridge Hut.

To get to Sarah Point we took the water taxi operated by TerraCentric Adventures in Lund.

If you're heading to Manzanita Hut, I'd recommend leaving no later than 9 AM from Lund as it will be a long hiking day.

One of the prettiest huts to visit on the Sunshine is called Tin Hat Mountain Hut.

If you want to start your trip at Fiddlehead Landing and access that area then you'll need a boat ride out of Powell River.

I wasn't sure how much cell service I'd find along the trail and before I left I received conflicting reports.

On the first section from the Branch 41 Road below Mt Troubridge Hut to Saltery Bay I found cell service at Jocelyn Pond, at Fairview Hut and most of the way along the trail to Saltery Bay.

On the Sarah Point to Powell River section I had good cell service at Manzanita Hut and then in a random valley en route to the Rieveley Pond Hut.

I also had cell service at Rievely Pond and then of and off again to Sliammon Lake.

I can't speak for the rest of the trail but suspect you'll get a weak signal along high points.

There are outhouses and picnic tables and/or benches at all huts.

But not all huts have a water source so you must carry all that you need - eg. for Manzanita Hut you must fill up 4 kilometres before you get to the hut if coming from Sarah Point.

Not everyone has the stamina to hike the full distance between huts.

The Powell River Parks and Wilderness Society (PRPAWS) is to be commended for its exceptional job.

If you haven't brought food with you, stop in Powell River for the largest selection.

When you exit the trail just outside of Powell River you'll end up right outside the Shinglemill Pub and Bistro.

(You can also leave a car for $5/day and then get a shuttle to Lund and a water taxi to Sarah Point.)

Recreation Map (provided by the Powell Lake Visitor's Centre) and a copy of The Sunshine Coast Trail - Hut To Hut Hiking by R. E. Walz.

Within 10 minutes of stepping onto the Sunshine Coast Trail we saw big piles of bear scat.

The driest months to hike the trail are May, July, August and September.

My hat goes off to Eagle and all the volunteers that have made the Sunshine Coast Trail such a success.

You really get into the groove and the rhythm of the trail if you hike it for three or more days.

Located in the Powell River area, it's Canada's longest hut-to-hut hiking trail, stretching over 180km of beautiful landscapes, from coastal shorelines, along creeks and lakes, through old growth forests to panoramic mountaintops.

If you aren't ready to tackle the whole trail there are many access points allowing hikers to explore smaller sections, or via one extraordinary multi-day hiking vacation!

Huts dot the trail at stunning locations and make for a diverse day hike, or a secure overnight experience.

The Sunshine Coast Trail stretches from Sarah Point in Desolation Sound, across Powell River, and all the way down to Saltery Bay.

Day hikers masquerading as backpackers, the 16-kilometer trek has done us in. We peel off wet layers inside Manzanita Hut, thankful for shelter from the elements.

Two ferry rides from Vancouver, BC, there exists an up-and-coming long distance trail.

The remote Sunshine Coast Trail (SCT) traces the BC mainland-yet it's only accessible by ferry or flight.

Long overshadowed by Vancouver Island and its world-renowned West Coast Trail, the Sunshine Coast is finding its way onto the map.

We didn't know that we were going to be Canada's longest hut-to-hut hiking trail," said Walz.

Though Powell River is the largest town on and near the beginning of the SCT, the trek's true beginning is 27 kilometers north.

At a creekside campground, SunLund By the Sea, owners Ann and Ron Snow provide secure parking while guests are out on the trail. "

The Sunshine Coast Trail is rapidly becoming an identifier for our area," Ann explained. "

We now have people from around the world arriving with knowledge of the trail and wanting to hike portions of it."

From Sarah Point, the SCT continues on past Powell River, weaving through old-growth forests, beyond lakes and to many sweeping vistas, before ending at Saltery Bay.

Great for families and day hikers, this easy section can be completed in three to four hours, no problem.

One of the more difficult sections of trail, the Tin Hat segment climbs about 1,000 meters in 7 kilometers.

From the 1,305-meter summit, you'll look out onto Jervis Inlet and the largest section of old growth accessed by the trail.

Saltery Bay: The hike from Fairview Bay to the trail's end returns to the Salish Sea shores, just as it began at Sarah Point.

Along this rocky section of trail, you might spot the ferry as it connects Earl's Cove and the Lower Coast to the Upper Sunshine Coast.

Take a minute to read about the trail you just walked at the hut-like kiosk-and snag a final selfie here-before finishing at Saltery Bay.

Explore other trails near 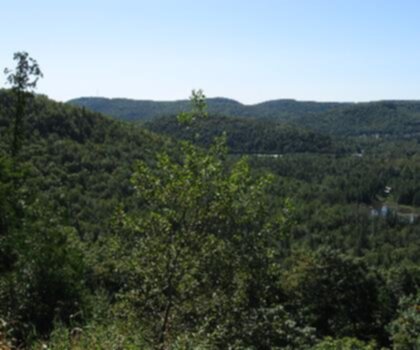 Mont Condor
71 Miles of you 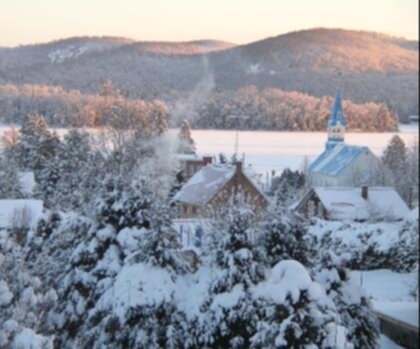 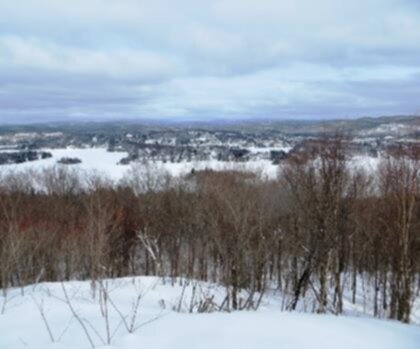 Vankleek Hill, Ontario
81 Miles of you 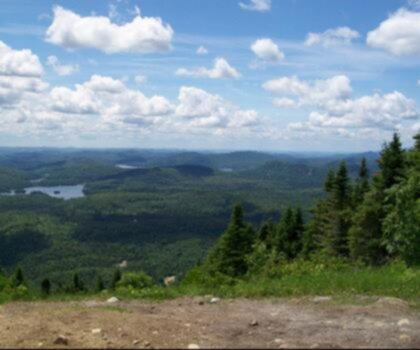 BASE DE PLEIN AIR L'INTERVAL
89 Miles of you 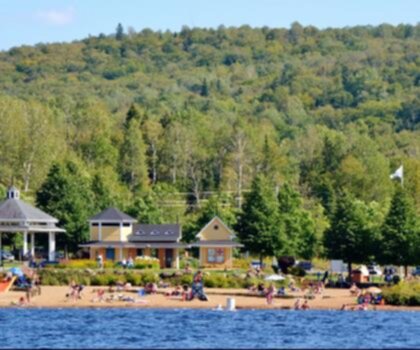 PARC DES PIONNIERS
99 Miles of you

You can upload your photos.