What are the activities at Grouse Mountain ?

Why choose a trail at Grouse Mountain?

Grouse Mountain is one of the North Shore Mountains of the Pacific Ranges in the District Municipality of North Vancouver, British Columbia, Canada. Exceeding 1,200 m (4,000 feet) in altitude at its peak, is the site of an alpine ski area, Grouse Mountain Resort, which in the winter season overlooks Greater Vancouver with four chairlifts servicing 26 runs. In the summer, Grouse Mountain Resort features lumberjack shows, a birds of prey wildlife demonstration, a scenic chairlift ride, and a 2.9 km (1.8 mi.) hiking trail known as the Grouse Grind, as well as helicopter sightseeing. Year-round operations include a 100-seat mountaintop theatre and a wildlife refuge. Public access to the mountain top is by a Swiss Garaventa aerial tramway, or the Grouse Grind hiking trail (Open for hiking May-October.)

The mountain is composed of sedimentary rock laid down from the Cambrian to the Jurassic periods. The mountain was heavily glaciated during the Pleistocene period, and is now covered with thick layers of glacial till. Small glaciers still exist on the north and east slopes of the mountain.

The first humans to visit Grouse Mountain were the Coast Salish people, who hunted and fished in the area. The first European to visit was Captain George Vancouver in 1792. The first attempt to climb the mountain was made in 1858 by James Sinclair and party, but they were turned back by deep snow. The first successful ascent was made in 1894 by a party led by James Outram.

The ski resort on Grouse Mountain was opened in 1926. The original lodge was destroyed by fire in 1933, but was replaced by a new lodge in 1934. A chairlift was installed in 1945, and a second chairlift was added in 1966. In 1978, ownership of the ski resort passed from the private sector to the provincial government.

The ski resort on Grouse Mountain offers downhill skiing and snowboarding on 43 trails served by 11 lifts. There is also a terrain park, half-pipe, and snow tubing park. Cross-country skiing is available on 60 kilometres (37 miles) of groomed trails. The alpine village at the base of the mountain offers restaurants, bars, shops, and a daycare centre.

Grouse Mountain is a world-famous ski resort located in the North Shore mountains of Vancouver, British Columbia. The mountain offers a wide variety of terrain for all levels of skiers and snowboarders, from beginner slopes to challenging black diamond runs. But the real star of Grouse Mountain is the cross-country skiing.

The cross-country skiing at Grouse Mountain is some of the best in the world. The trails are well groomed and offer a variety of terrain, from easy rolling hills to more challenging routes that wind through the forest. There are also several kilometers of trails specifically designed for beginners.

If you're looking for a great cross-country skiing experience, Grouse Mountain is definitely worth a visit.

Grouse Mountain is one of the most popular ski resorts in Canada. Located just outside of Vancouver, it's a great place to hit the slopes with friends or family. The resort offers a variety of trails for all levels of skiers, from beginner to expert. And if you're looking for a challenge, there are also some backcountry trails available. If you're new to skiing or just want to brush up on your skills, Grouse Mountain offers lessons for all levels. They also have a rental shop so you can get all the gear you need. And once you're ready to hit the slopes, you can buy a lift ticket online or at the resort. So whether you're a seasoned skier or just getting started, Grouse Mountain is a great place to enjoy some time on the slopes. And with its convenient location and variety of trails, it's no wonder it's one of the most popular ski resorts in Canada.

What are the coordinates and address of Grouse Mountain?

Carolin Murphy
Grouse Mountain is a must see destination for anyone travelling to Vancouver. There is the well known Grouse Grind trail that carries up the mountain all the way to the base of the top where the gondola exits. One great thing about the gondola here is that you don't have to drive all the way up the mountain like Seymore and Cypress. This is a huge convenience especially in winter when the mountain has a fair amount of snow. Once you get to the top of the mountain, you get gorgeous views of the lower mainland which is stunning. And skiing down the cut and top peak is what the view is all about. During summer, there is a carving show, wind turbine tours and many things you can do like seeing the grizzly bears. There is even an ice rink in winter if you are up for some skating. I wish the restaurant would carry a healthier selection of food and improve the food quality just a bit. Maybe offering more allergy friendly options would be nice as well. During peak hours, the eating area in the chalet is definitely not big enough and the restaurant lineups are huge. It would be great if Grouse Mountain would upgrade the size of the chalet but because of capital costs, it definitely won't happen anytime soon. And also, why don't you guys turn off your lights at night along the cut and top of the mountain where nobody uses it? This really doesn't seem economical or environmentally friendly. It would also be wise to get LED lights as your electric bill must cost you a fortune.

Tiana Coster
Climbing up the side of this mountain was one of the most amazing things I've ever done. It was challenging and tough, but it was also beautiful and peaceful. The Grind trail was very steep, but making it to the top was one of the most satisfying feelings ever. Having a restaurant at the top of the mountain only made it better. We had really great food and spend some money in the souvenir shop. They even had a little pen where they kept grizzly bears that we could hang out with after dinner. The view at night was just spectacular. All in all this was an amazing trip, and I'll never forget my climb up The Grind ;)

Vicki Chen
Great place for families and hikers, do not miss it. We skipped the Grind trail, but did pretty much everything else they offer. Do not miss the chair to the top, where the views are awesome and you can visit the impressive windmill. The grizzly bears in their habitat and the Lumberjack competition are very entertaining, specially for kids. At the end of the day we enjoyed a nice dinner and a wonderful view in the bistro.

Jarred Ellisor
The highest point in BC! Bought "The Ultimate Experience" family of four package. Took the Tram up. This took us to The Eye of the Wind turbine. Although clouds come and go but the view was amazing! We did not do the "Grind" which a lot of people said its worth a time challenge. Stayed for sunset. Kids friendly. The 45 minute Lumber Jack show was funny. Well time spent with top 360 degree view.

Where is Grouse Mountain located?

The easiest way to get to the start of the trails at Grouse Mountain is to take the Grouse Mountain Skyride. The Skyride is a cable car that takes visitors from the base of the mountain to the top.

The cross-country ski trailhead at Grouse Mountain is located in North Vancouver, British Columbia. To get there, take the Trans-Canada Highway (Highway 1) to the Lions Gate Bridge. Cross the bridge and take the exit for Marine Drive. Follow Marine Drive until it ends and turn left onto Capilano Road. Follow Capilano Road until it ends and turn right onto Nancy Greene Way. The trailhead will be on your left.

The Grouse Mountain is a popular tourist destination in British Columbia. The mountain is located in the North Shore Mountains and is the site of the Grouse Mountain Resort. The resort features a variety of activities, including skiing, snowboarding, hiking, and bird watching. The mountain is also home to the world's largest aerial tramway, which takes visitors to the summit of the mountain. The views from the summit are spectacular and include downtown Vancouver and the surrounding mountains.

Is Grouse Mountain in British Columbia a good place for the whole family?

Grouse Mountain is a great place for the whole family. There are activities for all ages and interests.

The best activities near Grouse Mountain in British Columbia are hiking, skiing, and snowboarding.

1. Grouse Grind: A challenging hike that rewards hikers with stunning views of Vancouver and the surrounding area.

3. Wildlife Refuge: A nature reserve home to bears, deer, and other wildlife.

5. Theatre in the Sky: A multimedia show that tells the story of Grouse Mountain.

1. The Grouse Grind Café – This café is located at the bottom of the Grouse Grind, and it offers hikers a place to rest and refuel. The menu features sandwiches, soups, snacks, and drinks.

2. The Observatory Restaurant – This restaurant is located on the top of Grouse Mountain, and it offers panoramic views of Vancouver and the surrounding area. The menu features Canadian cuisine with a focus on fresh, local ingredients.

3. The Chalet Restaurant – This restaurant is located in the middle of Grouse Mountain, and it offers a variety of Canadian cuisine options, including burgers, salads, pizzas, and desserts.

4. The Beaver Lake Café – This café is located near Beaver Lake on Grouse Mountain, and it offers a variety of light snacks and drinks.

5. The Rusty Rail Café – This café is located in the lower level of the Skyride terminal on Grouse Mountain, and it offers a variety of hot and cold drinks, as well as light snacks.

What is the level of difficulty of Grouse Mountain ?

What is the elevation of Grouse Mountain?

Explore other trails near Grouse Mountain 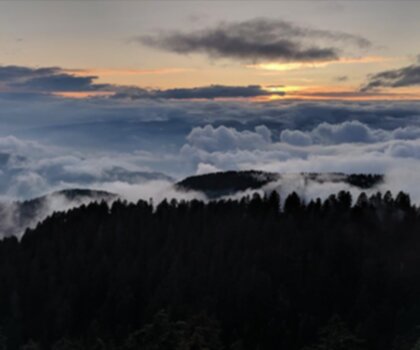 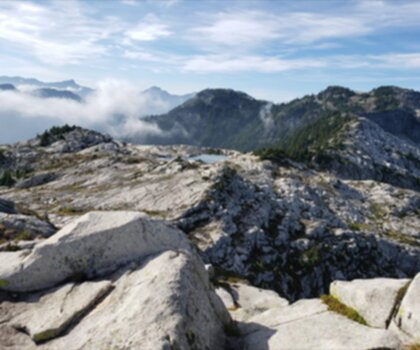 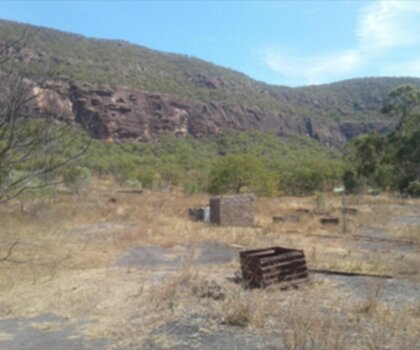 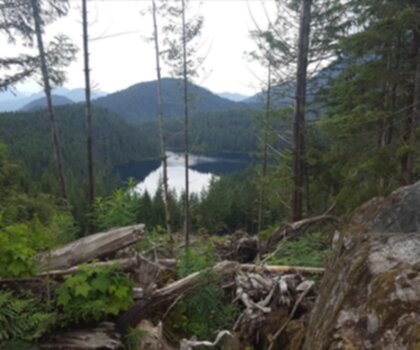